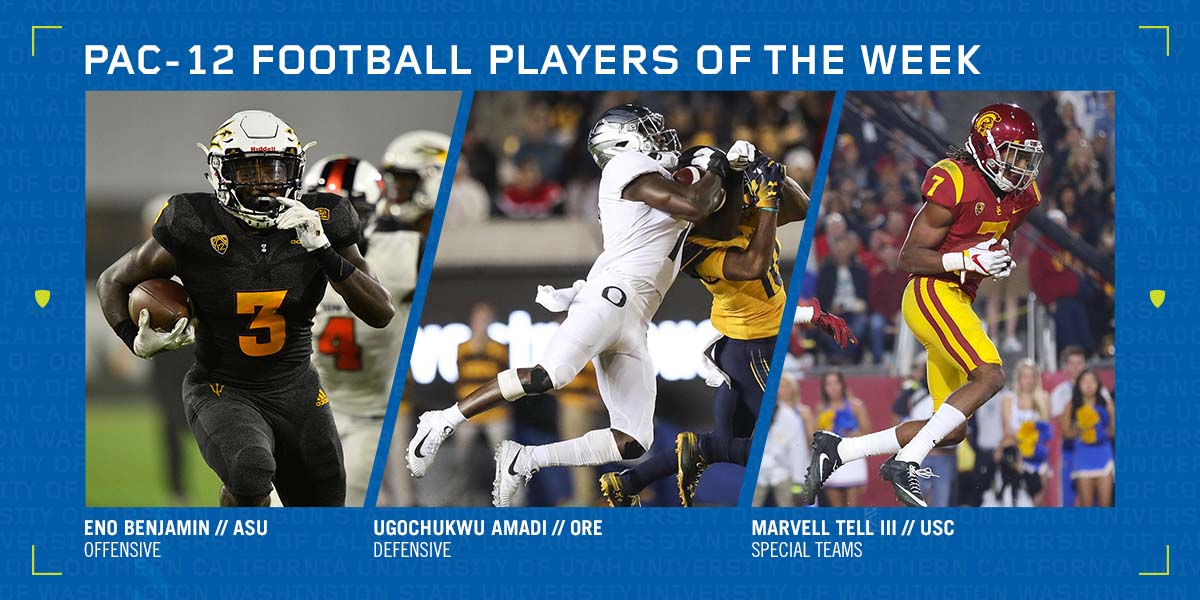 DEFENSIVE: Ugochukwu Amadi, Sr., S, Oregon (Nashville, Tenn.)
•Amadi hauled in two interceptions, including a pick-6 in the fourth quarter, and recorded seven solo tackles in Oregon’s 42-24 road win at No. 24 California for its first win in a Pac-12 road opener since 2015.
• His interception return for a touchdown was his second of the season and his third-career touchdown, while seven tackles tied his career high for the most by a Duck this season.
• Amadi is one of seven FBS players with seven or more tackles and two interceptions in a single game this season and is also one of only three players with two interceptions returned for touchdowns in 2018.
• First Oregon player with two interceptions, including a pick-6, in a Pac-12 game since Ifo Ekpre-Olomu in 2012 against Arizona.
• Tied for second nationally with three interceptions on the season.

SPECIAL TEAMS: Marvell Tell III, Sr., S, USC (Pasadena, Calif)
• Tell blocked a 38-yard field goal attempt at the end of the first half, points that could have been crucial in USC’s 24-20 victory over Arizona.
• As the starting free safety, Tell also had four tackles, including one for a loss, and grabbed USC’s first interception of 2018.